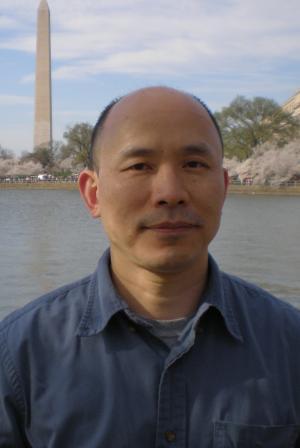 Dr. Wang works in the areas of Geometry and Topology, which are mathematical ways of studying the shapes of spaces. Funded by NSF and university grants, his research has been published in top mathematical journals. He has been invited to give talks at numerous universities, international conferences, and mathematical research centers. Dr. Wang has enjoyed his 20+ years of teaching experience, which includes teaching all levels of undergraduate mathematics and many different topic courses for graduate students. From 2013-16, Dr. Wang was on a leave from MU and served as a Program Director at the National Science Foundation. He worked in the Topology and Geometric Analysis programs within the Division of Mathematical Sciences.

Dr. Wang’s research focus is on various gauge theoretic invariants of differentiable      manifolds; some of the main examples are Donaldson and Seiberg-Witten invariants as well as Floer homology. He was one of the first researchers to investigate Donaldson theory for singular connections which played a fundamental role throughout the development of gauge theory. Using the so-called real structures, he constructed a class of 4-dimensional manifolds that are neither decomposable nor symplectic (with the smallest non-trivial fundamental group). Dr. Wang’s has also strong interests in real algebraic geometry, foliations, and symplectic geometry.