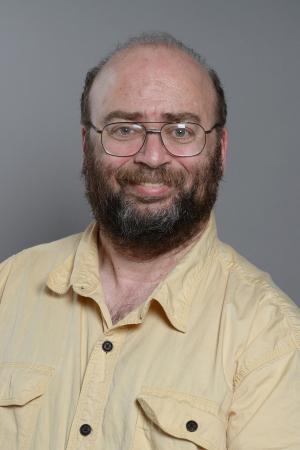 Stephen Montgomery-Smith loved mathematics ever since he was a small child. When he was accepted into Cambridge University to study mathematics, it was like a dream come true. Before entering Cambridge, he had the honor to be part of the team representing the United Kingdom in the International Mathematics Olympiad in 1981. In 1988 he came to the University of Missouri-Columbia as a visiting assistant professor, and has remained there ever since. The first fifteen years of his career were very successful, and he had continuous NSF grant support until 2004.

More recently, Stephen Montgomery-Smith has shifted his research to attempting problems that are too hard for him.  Nevertheless, he still manages to produce a paper once in a while.

His initial research area was applications of probability theory to the local theory of Banach spaces. But he quickly became dissatisfied with the abstract nature of this subject, and wondered around various aspects of analysis until about 2004.  His main contributions during this period were in probability theory, mostly in finding tail distributions of sums of random variables.

In 1995, shortly before obtained tenure, he decided to work on the very hard problem to prove the existence of classical solutions to the three dimensional incompressible Navier-Stokes equation. Since he started working on this, it has become one of the Clay Institute Millennium problems.

While he has not solved this problem, it did lead him to become interested in applied mathematics. He has worked with both engineers and biologists. Some of his recent research includes:

Stephen Montgomery-Smith, Time decay for the bounded mean oscillation of solutions of the Schrödinger and wave equations. Duke Math J. 91 (1998), 393-408.