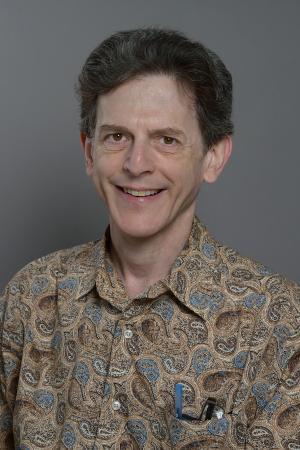 Adam Helfer received his bachelor's in Mathematics and Physics in 1979 from Washington University in St. Louis, and his doctorate in Mathematics from Oxford in 1986. He remembers very warmly his teachers, particularly Carl Bender, Peter Gaspar, and Roger Penrose.

Helfer's research is mostly in general relativity and quantum field theory. He is particularly attracted to foundational issues, and much of his work has dealt with the problems of understanding energy, momentum and angular momentum.  Although these are familiar and fundamental quantities in much of physics, they are hard to even define in general relativity.  Around 1960 Bondi and Sachs succeeded for energy and momentum, for isolated systems emitting gravitational waves. For angular momentum, however, the "supertranslation problem" seemed to prevent progress.  Dr. Helfer built on Penrose's twistorial ideas to resolve that difficulty, and show that gravitational radiation and angular momentum are unified by the theory of general relativity into one concept.

Recent related work concerns the question of how gravitational waves exchange energy, momentum and angular momentum with matter. Gravitational waves are a key prediction of Einstein's theory.  We have very good indirect evidence for them, but we would like more direct verification. One idea (which has been around for a long time, but has been difficult to pursue because of the complications of Einstein's theory) is to look for the effects of these waves on pulsar signals. Dr. Helfer has a new approach to this, and shown that--depending on how lucky we are with the sorts of astrophysical sources present in the galaxy--astronomers might be able to detect these effects. Much exciting (and speculative) physics depends on the application of quantum theory in curved space-time. These ideas are used in theories about particle-creation in the very early Universe and in Hawking's treatment of black holes.  The question of how the matter described by these theories affects the gravitational field is important.  The usual suggestion is to use as a source what is called the stress-energy operator.  Dr. Helfer has shown that this is much more singular object than had been expected, however.  In particular, the local measures of energy it gives are always unbounded below.  This sort of behavior signals that the model is invalid.  The resolution to this problem is not known.