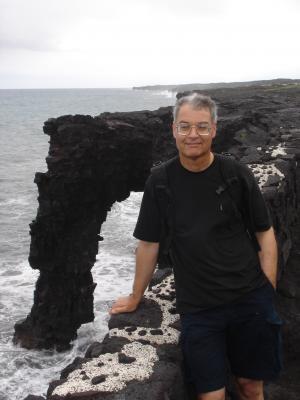 Fritz Gesztesy’s  research centers around applications of operator and spectral theory to a variety of problems connected to mathematical physics.  He has lectured and held visiting positions at numerous institutions and supervised 7 Masters and 14 Ph.D. students.  Currently, he is editor in chief of the Journal of Spectral Theory (EMS).  He also serves as a co-editor of several journals and book series, edited a number of proceedings volumes and special journal issues, and co-authored a Springer book (now in 2nd edition with the AMS) and two Cambridge University Press monographs. Details can be found in his CV.

His professional honors include

Election to the Royal Norwegian Society of Science and Letters, Trondheim, Norway, January 1, 2002.

Preprints at the mparc server

Preprints at the solv-int server

F.G. and M. Mitrea. A description of all self-adjoint extensions of the Laplacian and Krein-type resolvent formulas on non-smooth domains. J. Analyse Math. 113, 53-172 (2011).