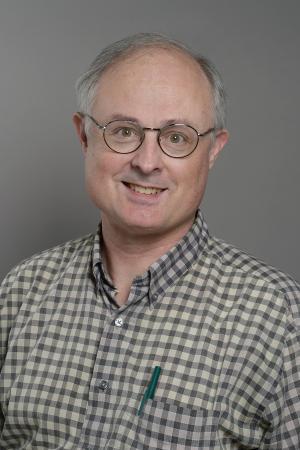 Professor Ashbaugh has been actively involved in teaching and research in mathematics since he earned his Ph.D. in 1980.  He has coached the MU Putnam team on numerous occasions.   The 2012 team achieved MU's highest ranking ever on the Putnam, ranking 18th among the 578 participating institutions.  His most significant honors include being elected to the Chilean Academy of Sciences in 2009, being named Leonard M. Blumenthal Distinguished Professor of Mathematics for 1997-2002, receiving the 1992 Chancellor's Award for Outstanding Faculty Research and Creative Activity in the Physical and Mathematical Sciences, and being named Luther Marion Defoe Distinguished Professor of Mathematics for 1991-96.  Professor Ashbaugh also served as the Chair of the Mathematics Department for 2002-2008, and was a Fulbright Fellow at the Pontificia Universidad Catolica de Chile in Santiago, Chile, in Fall, 2009.

Professor Ashbaugh's research has been supported over the years by multiple NSF grants, and also by fellowships and research leaves from the Fulbright Foundation, the MU Research Council, and various conferences and lecture series.  He has visited for extended periods at many universities and research institutes around the world.

1975 B.A., Mathematics and Physics, with Honors in each, Grinnell College, Grinnell, Iowa

On Rayleigh's Conjecture for the Clamped Plate and its Generalization to Three Dimensions (with Rafael Benguria), Duke Math. J. 78 (1995), 1-17.