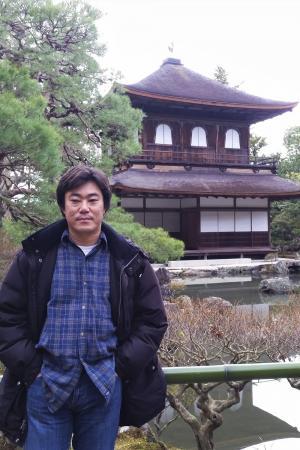 Dr. Shuichiro Takeda's research interests lie in the theory of automorphic representations, which is sometimes called the Langlands program. The Langlands program is at the crossroad of algebra, analysis, number theory and representation theory, and hence connecting diverse areas of modern mathematics. In particular, his research has been focusing on the theory of theta correspondences and its applications to problems on automorphic representations and representations of p-adic groups. Using this theory, partially in collaboration with others, he has produced numerous important results, many of which have been published in top journals in pure mathematics.

During his career, his research has been partially supported by the National Science Foundations. Also internationally, he was a postdoc fellow at the Center of Advanced Studies in Mathematics at Ben Gurion University in Israel, was a Jerrold E. Marsden Postdoctoral Fellow in the Fields Institute for Research in Mathematical Sciences in Canada, and spent a few months as a visitor at the IHES in France.

Dr. Takeda has been a teacher of mathematics since he was a graduate student. He has taught diverse math courses at various levels in five universities in the U.S., which are San Francisco State University, University of Pennsylvania, University of California at San Diego, Purdue University and University of Missouri at Columbia.